Conjuring From Life - An Interview With Annie White

Annie White – part of the stellar panel of speakers at IA’s upcoming In the Know seminar at Docklands on August 27 – has been conjuring up illustrated characters from books she loves all her life.

The award-winning illustrator behind more than 60 books including My Dad is a Bear (written by Nicola Connelly), Gallipoli (written by Kerry Greenwood) and self-penned titles like Clementine’s Bath and Clementine’s Walk spent her childhood in Geelong playing imaginative games with friends, drawing cards for family and friends she loved to make happy, and creating illustrations she felt were missing from the text-heavy chapter books she gravitated towards. “A lot of the things I read, like Milly Molly Mandy … didn’t have a lot of pictures in them, so you kind of conjured them up in your head and then you wanted to draw them,” Annie recalls. “My mother had to sort of peel me off the table to ‘go and get some fresh air, Dear’.” 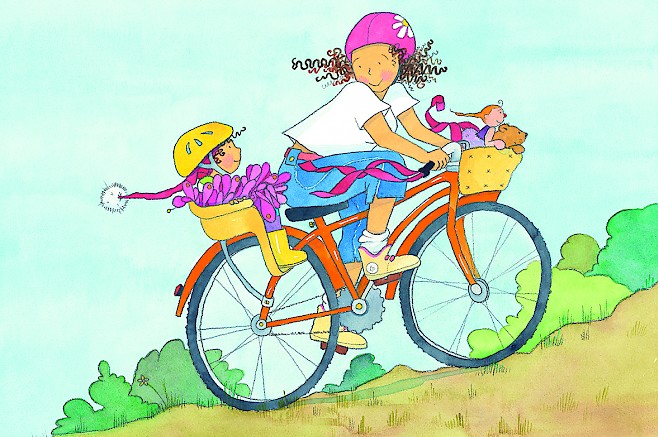 Annie couldn’t wait to get to art school, and she hit Prahran Tech (now Melbourne Polytechnic) in 1973 in its creative heyday. It was the era of students like photographer Bill Henson and painter Howard Arkley, and lecturers like filmmaker Paul Cox. “I just loved every minute of it, for four years,” Annie says. “It was free education under Gough Whitlam, so there were all sorts of people in all sorts of tertiary institutions, and there was a lot of life.”

Roles in small designs studios followed, and almost a decade in advertising, during which time she started a sideline in freelance illustration that became her mainstay after having children in the mid-80s. “It was the height of the 80s, of excess, and so it was a huge, life-changing thing to suddenly have no money,” she recalls. Annie learnt early to be pragmatic about the work she took on and still aims to make every job the best it can be – even if occasionally the text doesn’t enthral her. “Professional pride in your work is really important, regardless,” she says. “If that’s done then you are satisfied.”

Annie creates her watercolour, ink and pencil illustrations on watercolour paper – Arches is her favourite – rather than computer. She likes to works at arm’s length from the author to begin with, responding to text sent to her by the publisher with a “pile of scribbles no one ever sees”, followed by “clear and definite” A4 story boards that all parties can discuss. Detailed roughs in colour follow.

Interestingly, drawing “hasn’t got an easier” after more than three decades. “A lot of the things I have to draw are harder,” she says. The exception is personal projects, like her exhibition The Painter, The Dreamer with Elizabeth Martyn, which has just finished showing at Steps Gallery in Carlton. Her own work “just kind of flows out, because it’s stuff you have to get out of your head and onto some sort of surface.” 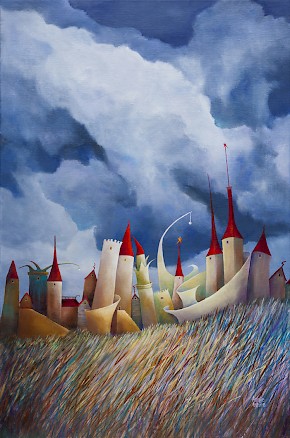 Career highlights? There are plenty, but none better than a friend’s child choosing to dress up as a character from Annie’s book Mum and Me (which, ironically, the child’s “crinkly hair” had inspired in the first place) for her school’s Book Week parade. “I just thought, “Can it possibly get any better than that?’” Annie says.

On Saturday 27 August, Annie will join fellow illustrators Sandra Eterovic, Angie Rehe, Serena Geddes, Gregory Baldwin and Adele K Thomas at IA’s In The Know seminar and panel discussion at the Library at the Dock to discuss industry directions, budgets, and areas offering consistent commissions. They’ll be joined by a panel of industry professionals comprising Lara Chan-Baker and Li Liang Johnson from The Jacky Winter Group, Erica Wagner from Allen & Unwin, Aimee Carruthers from Frankie Magazine and Kane Rowlinson from Jumbla, who’ll discuss pricing, trends, and areas of opportunity and over-saturation. In The Know runs from 10am-4pm at Library at the Dock, Victoria Harbour Promenade, Docklands.